The Science Behind Mesotherapy

The Science Behind Mesotherapy was developed in France in the 1950s by the famous practitioner Dr Michel Pistor.

It was acknowledged as medical treatment by the French Academy of Medicine in 1987 and has since been successfully used all around the world.

Dr Ayham Al-Ayoubi explains: “The epidermis thins and the rate of skin cell renewal decreases, which is partly due to the lack of hyaluronic acid. In addition to that the junction between the dermis and epidermis also becomes thinner.”

Fibroblasts are responsible for producing and maintaining the extracellular connective tissue as it creates collagen, glycosaminoglycans, reticular and elastic fibres, glycoproteins found in the extracellular matrix, and cytokine thymic stromal lymphopoietin (TSLP). Fibroblasts work more efficiently if provided with the nurturing environment in which they can function properly.

Consequently, Dr Ayham Al-Ayoubi explains that the secret of younger looking skin is in the supply of substrates such as vitamins, mineral elements, amino acids, nucleotides, coenzymes and antioxidants and hyaluronic acid.

The substances aim to create an environment for the adequate functioning of the fibroblasts. Mesotherapy is a technique, which can be used for pain management as well as for aesthetic rejuvenation. The treatment is administered via several microinjections, either manually or using a mesotherapy gun, which contain a poly-revitalising solution with various medicines, vitamins and minerals. It can alleviate rheumatism, arthritis, muscle pain, and sports injuries, as well as smoking cessation, allergies, and ophthalmological pathologies.

Dr Ayham Al-Ayoubi defines mesotherapy in the aesthetic field as a non-surgical technique aimed at diminishing difficult areas in the skin such as cellulite, stretch marks, and alopecia, while also offering treatment for body contouring, face, neck, and hand rejuvenation.

Both young skin and aged skin can be targeted with mesotherapy. In youthful skin, it aims to keep the fibroblasts active and maintain a patient’s youthful appearance, tonicity, and hydration; in aged skin the treatment aims to aid hydration, reduce the anti-radical action and fight against the effect of oxidative stress.

Dr Ayham Al-Ayoubi says: “Through a thorough understanding of a patient’s concerns, medicines, vitamins and minerals can be used individually or in combination to create a tailor-made poly-revitalising solution for the patient.” The results of mesotherapy are gradual and accumulative; one of the main advantages of it is that it is non-invasive and non-traumatic.

Short-term side effects such as mild pain, redness, swelling, and bruising are relatively common, and an expected consequence of the injections themselves, but severe complications are rare. Mesotherapy is one of the safest existing techniques for aesthetic treatment, as it uses natural components in small quantities. 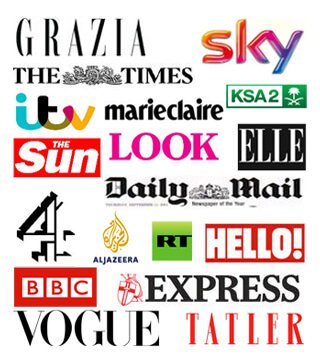