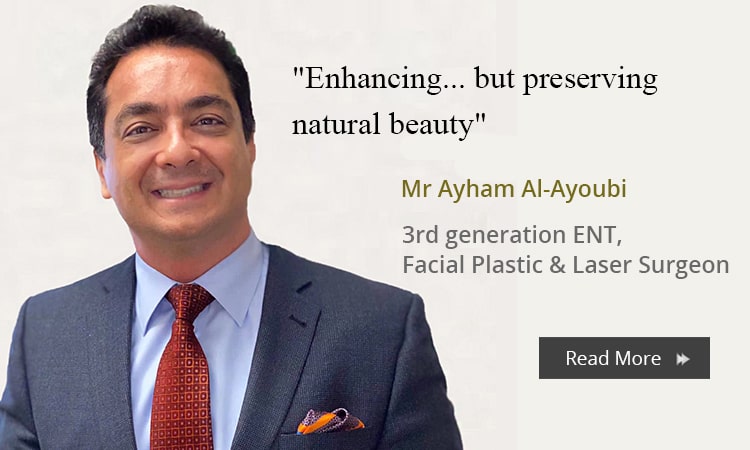 We pride ourselves to be the first leading clinic to introduce the LED Laser Mask into the UK by Dr A Al-Ayoubi.

The LED Mask is the latest and the most advanced Laser technology used to rejuvenate and treat a multitude of conditions without the need of surgery or injections.

All conditions which require stimulation of collagen, fast healing, relief of pain and inflammation, and restoration of function can be treated and addressed by the LED Laser Mask .

LED Laser Mask has a wide range of applications of use in dermatology and in Aesthetic medicine, especially in indications where stimulation of healing, reduction of inflammation, reduction of cell death and skin rejuvenation is required.

Pathogenesis of acne has not yet been clarified fully; however current theories is that it involves four main events: follicular hyperconification, increased sebum secretion effected by the androgenic hormone secretions, colonization of Propionibacterium acnes and inflammation.

In severe Acne cases, systemic antibiotics such as tetracycline and Doxycycline, oral Retinoids, and some hormones are indicated. Medications work by counteracting microcomedone formation, sebum production and inflammation.

Despite many options that are available for treatment of acne, many patients still respond inadequately to treatment or experience some adverse effects. The old generation of Phototherapy light, lasers, and photo-dynamic therapy has been proposed as an alternative therapeutic modality to treat acne and was proposed to have less side effects compared to other treatment options.

Wrinkle reduction and skin tightening through thermal injury to the derma photo thermolysis can be achieved by other IPL sources. LED Laser Mask for Skin Rejuvenation LED which is a novel light source for non-thermal, non-ablative skin rejuvenation has been shown to be effective for improving wrinkles and skin laxity.

It is not a new phenomenon since the first reports of laser effects on increased collagen go back to 1987. As clinical Studies showed increase in production of pro-collagen, collagen, basic fibroblast growth factors and proliferation of fibroblasts after exposure to low-energy laser irradiation in vitro and in vivo animal models.

Now the revolutionary LED Laser Mask has shown already the ability to increase microcirculation, vascular perfusion in the skin, alter platelet-derived growth factor transforming growth factor and inhibit apoptosis. LED Laser Mask therapy may induce this wound healing process through non-thermal and atraumatic induction, even without any actual thermal damage which could cause complications as in some other old generations of lasers.

Dr Ayoubi emphasized the importance of enhancing cell-to-cell communication between dermal components, especially the fibroblasts, and enhancement of the cellular responses to the photo bio stimulation effects from LED Laser Mask treatment, in order to produce new collagen in a larger area which even includes the non-irradiated regions.

Exposure of sunlight was reported to be highly effective for treatment of acne with efficacy up to 70%. The sunlight decreases the androgenic hormones in the sebaceous gland, but the unwanted effect of exposure to UVA and UVB limits sunlight for the treatment of acne. Recently, photo-therapy with visible light, mainly blue light, red light or combination of both started being used in the treatment of acne. One mechanism of action of phototherapy for acne is through the absorption of light, specifically blue light by porphyrins that have been produced by P. acnes as a part of its normal metabolism, and that act as endogenous photo-sensitizers.

This process causes a photochemical reaction and forms reactive free radicals and Singlet oxygen species which in turn lead to bacterial destruction. Red light is known to penetrate deeper in tissues when compared to blue light. It has been demonstrated that red light can affect the sebum secretion of sebaceous glands and change keratinocyte behavior.

Furthermore, red light might also exert its effects by modulating cytokines from macrophages and other cells, which in turn could reduce inflammation. LED for Hypertrophic Scars and Keloids Hypertrophic scars and keloids usually form following surgery, trauma, or acne and are difficult to eradicate.

Fibroblastic proliferation and excess collagen deposits are the 2 main characteristics and imbalance between rates of collagen biosynthesis and degradation superimposed on the individual’s genetic predisposition have been implicated in their pathogenesis.

Recently LED Laser Mask has been an alternative therapy to existing treatment options. The use of LED Laser Mask is a prophylactic method to alter the wound healing process to avoid or attenuate the formation of hypertrophic scars or keloids has been investigated in some case studies and the results showed significant improvements on the treated areas

Skin starts showing its first signs of aging in the late 30s to early 40s and it usually presents with wrinkles, pigmentation, telangiectasia, and loss of elasticity. Common histologist and molecular-level features are reduction in the amount of collagen, fragmentation of collagen fibres, elastic degeneration of elastic fibres in the skin.

Both chronological and environmental influences are responsible for the aging process of skin; however photo-damage seems to be one of the most important causes of these changes.

Several modalities have been developed in order to reverse the dermal and epidermal signs of photo- and chronological aging. The main concept of most of these modalities is removing the epidermis and inducing a controlled form of skin wounding in order to promote collagen biosynthesis and dermal matrix remodeling.

The most commonly used interventions as of today are Retinoic acid (vitamin A), dermabrasion, chemical peels, and ablative laser resurfacing with carbon dioxide CO2 laser or erbium: yttrium-aluminium-garnet lasers or a combination of these wavelengths.

These limitations created a need for the development of alternative rejuvenation procedures that were safer, more effective, had fewer side effects and minimum postoperative care and downtime, which in turn led to the emergence of non-ablative rejuvenation technologies.

In the last few decades, non-ablative laser therapies have been used increasingly for the aesthetic treatment of fine wrinkles, photo-aged skin and scars, a process known as photo rejuvenation More recently, this approach has also been used for inflammatory acne.

LED know as Light Emitting Laser Diode, which is a computer chip encased in a glass-like resin, which emits therapeutic wavelengths of Laser light energy. Although the skin is the organ that is naturally exposed to light more than any other organ, it still responds well to red and near-infrared wavelengths.

LED Laser Mask can increase pigmentation by stimulating melanocyte proliferation and reduce pigmentation by inhibiting autoimmunity. Inflammatory diseases such as psoriasis and acne can also benefit.

The unique LED Laser Mask uses either a coherent light sources laser or non-coherent light sources consisting of filtered lamps or light-emitting diodes or, on occasion, a combination of both. The main medical applications of LED LASER Mask are reducing pain and inflammation, augmenting tissue repair and promoting regeneration of different tissues and nerves, and preventing tissue damage in situations where it is likely to occur.

The non-invasive nature and almost complete absence of side-effects is a revolutionary treatment. LED Laser Mask photo-therapy or photo bio-modulation refers to the use of photons at a non-thermal irradiance to alter biological activity.

The unique LED Laser Mask uses either a coherent light sources laser or non-coherent light sources consisting of filtered lamps or light-emitting diodes or, on occasion, a combination of both. The main medical applications of LED LASER Mask are reducing pain and inflammation, augmenting tissue repair and promoting regeneration of different tissues and nerves, and preventing tissue damage in situations where it is likely to occur.

LED Laser Mask involves exposing cells or tissue to low-levels of red and near infrared light. This process is referred to as ‘low-level’ because the energy or power densities employed are low compared to other forms of laser therapy such as ablation, cutting, and thermally coagulating tissue.

Recently, medical treatment with LED Laser Mask at various intensities has been found to stimulate or inhibit an assortment of cellular processes.

LED Mask at our clinic

Patients travel from all over the UK and from around the world to have Dr Al-Ayoubi perform advanced laser treatments at our clinic in central London, which is one of the leading training laser centers for in the UK and Europe.