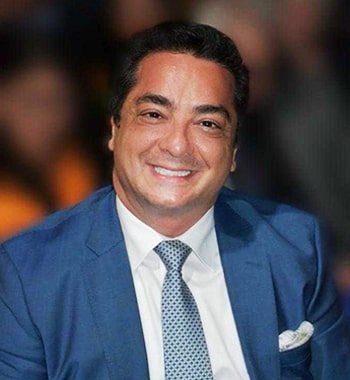 Respected both nationally and internationally as a leading cosmetic and laser surgeon, lecturer and tutor, he is a pioneer of new techniques and surgical laser innovations.

Mr Ayoubi was one of the very first facial plastic surgeon in his area to introduce and offer the non-surgical cosmetic treatments such as Anti-Wrinkle Injections, Collagen fillers, Dermal fillers, Ellanse and Sculptra in the UK.

Mr Ayoubi fully developed the concept of Laser Assisted Liposuction and was the first Surgeon to introduce all generations of Smartlipo and Cellulaze lasers into the UK.

By creating and applying his own advanced techniques in laser surgery, Mr Ayoubi has inspired plastic surgeons and cosmetic doctors to follow his lead. Consequently, he has earned his title and reputation as the ‘King of Smartlipo’ within the field of cosmetic laser surgery.

Through his commitment to innovation, medical excellence and the highest standards of patient care, Mr Ayoubi has gained an unrivaled reputation with patients travelling from all over the world to have him perform laser body sculpting treatments in London.

Mr Ayham Al-Ayoubi is the founder and Medical Director of The London Medical and Aesthetic Clinic at 1 Harley Street, London.

He is working as an ENT Surgeon at The Royal Free London NHS Foundation Trust, Chase Farm Hospital, London.

Alongside this, he works in his private practice at 1 Harley Street, London. Surgeries are performed at the Cadogan Clinic (The UK’s top cosmetic surgery hospital) and non-surgical cosmetic procedures are undertaken at his Harley Street clinic.

Ellanse – He was the very first facial plastic surgeon to introduce the revolutionary dermal filler – Ellanse into the UK in 2010. One year later, he pioneered this revolutionary filler worldwide.

Aptos Thread Lift – Mr Ayoubi was the first facial plastic surgeon to introduce the very first thread left into the UK in 2003.

Silhouette Soft – suture lift, is a revolutionary non-surgical facelift treatment without the use of any incisions or sedation.

BodyTite – He introduced the revolutionary BodyTite (Radiofrequency Assisted Liposuction), designed for body sculpting, fat reductions and skin tightening into the UK in 2009.

Cellulaze laser – He was the first leading laser surgeon in 2011 to introduce into the UK the revolutionary Cellulaze laser, the world’s first aesthetic laser which is a minimally invasive surgical approach to the treatment of cellulite.

As the leading UK authority in his specialist field and one of Europe’s foremost practitioners, Mr Ayham Al-Ayoubi has undertaken numerous clinical studies in the field of laser body sculpting and has trained plastic surgeons and cosmetic doctors worldwide on Smartlipo – Laser Assisted Liposuction, Cellulaze Laser, Sculptra treatment and Ellanse.

He has been invited to many national and international conferences and congresses to deliver expert lectures and has introduced into countries around the world the latest laser technology and laser surgical techniques, Sculptra treatment and the most advanced dermal fillers including Ellanse, HYAcorp, Lanluma, Neauvia and Profhilo.

Patients travel from all over the UK and around the world to have Mr Ayham Al-Ayoubi perform laser body sculpting and Sculptra treatment at LMA clinic. The clinic is one of the leading training centres for Smartlipo, Cellulaze laser surgery and Sculptra in Europe.

Through his commitment to innovation, medical excellence and the highest standards of patient care, Mr Ayham Al-Ayoubi has gained an unrivalled worldwide reputation.

Read more about Mr Ayham Al-Ayoubi lecturing around the world.

Mr Ayham Al-Ayoubi’s philosophy on Facial Plastic Surgery and Cosmetic Treatments is to enhance natural facial beauty without changing or losing natural facial features and expressions, and he always follows his motto, “The better we look….the better we feel”.

Mr Ayham Al-Ayoubi is the 3rd generation of ENT surgeons in his family, he comes from a medical family with long traditions. His grandfather Dr Abdul Razak Al-Ayoubi was one of the very first ENT Surgeons in Syria. His father Dr Abdul Mohsen Al-Ayoubi, is a well known expert surgeon in the field of middle ear surgery, which he introduced to Syria in the mid-sixties. His mother Mrs Kamar Z  Ayoubi was a renowned artist. Even as a teenager, young Ayham was fascinated by the work of art.

Now, with many years of surgical experience, Mr Ayoubi enjoys an excellent reputation in his field. His specialty is laser body contouring surgery and non-surgical aesthetic treatments, very demanding areas in which he particularly enjoys the mixture of craftsmanship and the highest aesthetic requirements.

Mr Ayham Al-Ayoubi: “I came from an extended medical family but it was my own decision to become a facial plastic surgeon. Already as a child I was very interested in art, craftsmanship and my fine 3-dimension art skills were good- which is an absolute necessity for a fine plastic surgeon”.

“When I was given the opportunity to introduce Smartlipo, Cellulaze Laser, Sculptra and Ellanse into the UK, I did not hesitate to take advantage of it, believing that Laser is the future of surgery and the non-surgical treatment’s are the future of aesthetic medicne”.

Mr Ayham Al-Ayoubi is a member of the following associations: