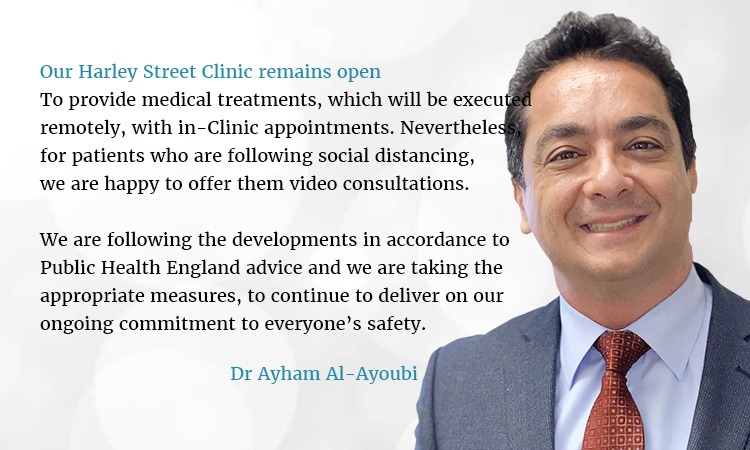 The Smart Lipo Nd:YAG (Smartlipo DEKA Laser System) was introduced into the UK from Italy by Dr Ayham Al-Ayoubi in June 2006.

It was the result of a concept that combines all the new generation laser technology with the advantages of compactness and reliability. 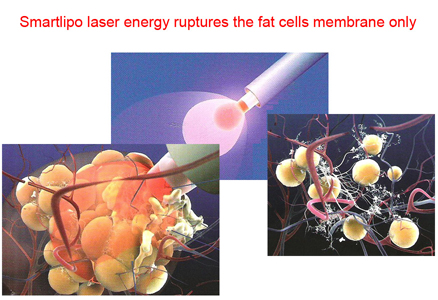 The optical fiber of the laser is inserted into the same incision created for the infiltration of the anesthetic solution. Its transit through the skin is monitored by means of the guiding light on the laser device itself. The actual treatment begins by slowly moving forwards lengthwise following the lines traced on the skin and trying to constantly maintain the same speed of movement. 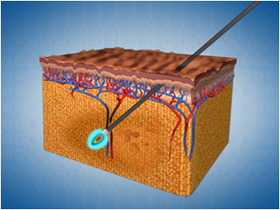 The original Smartlipo – Laserlipolysis technique is used for removing excess fatty tissue from areas of the body that patients find are resistant to dieting and exercise by delivering a specifically calibrated laser beam that act on the cells that contain fat.

This advanced laser technique destroyers the fat membrane itself due to the effect of the laser which is specific. The SmartLipo Nd-YAG laser has a selective wavelength for fatty tissue and by producing a thermal and mechanical effect that will provoke the rupturing of the membrane adipose cells and transform them into an oily emulsion allowing it to be absorbed and eliminated by the body.

Smartlipo’s pulsating laser beam has a photo-mechanical effect rupturing the fat cells’ membrane. Also it has thermal effect which melts the fractured fat cells and coagulates small blood vessels which reduce the bleeding to minimum. Both effects together (Photo-dynamic and Thermal) will give the skin tightening results.

The produce is relatively painless. Dr Al-Ayoubi always reminds his patients that it is not possible to have any procedure without some discomfort, but this is a very good and safe procedure.

It is done under local anesthetic,Iv sedation or light general anesthetic so there is no need to stay overnight . There are no stitches, just a very small incision that heals very well and quickly.

At the end of the treatment the fatty tissue will be more compact and have greater tone without any surface irregularities.Then the liquefied fat will be sucked out Due to the lipolysis effect produced by the laser, the body contours improve day by day, providing the results within 1 to 2 months post-treatment. However, it usually takes between 3 to 4 months to see the final results, which vary individually between clients.

Laserlipolysis allows for recovery and the patient can return to a normal lifestyle in one to two days after Smartlipo treatment.

The number of treatments is very much depends on the amount of fat to be removed from each area. More often than not one treatment will achieve the desired effect.

The treatment takes 1-2 hours depending on the number of areas. Most patients can return to work the following day after treatment.

Smartlipo treatment that can be used to treat asymmetrical shaping, as the surgeon can apply differing amounts of varying laser energy to different areas so he can sculpture the body shape with the laser.

Dr Ayham Al-Ayoubi explains that Smartlipo without suction is very effective in small treated areas but it is not suitable to treat large area of fat reduction for which Laser Assissted Liposuction will be very effective especially by using Smartlipo MPX or Smartlipo Triplex systems. 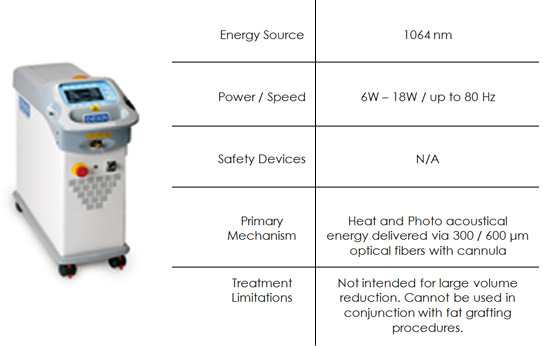