We pride ourselves for introducing the first evolutionary Smartlipo MPX system from the USA into the UK and Europe in August 2008 by Dr Ayham Al-Ayoubi the leading Smartlipo trainer surgeon in the UK. 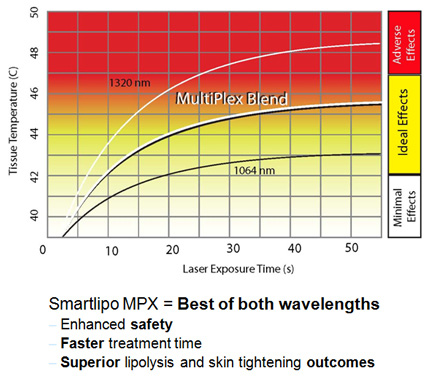 Dr Ayham Al-Ayoubi expalins that Smartlipo MPX is a global leader in Laser Assisted Body Contouring because it reduces liposuction treatment time with higher power and the clinical benefits of two wavelengths and it features SmartSense which is a intelligent delivery system for uniform energy delivery and added protection.

As the 1320-nm wavelength converts the hemoglobin to methemoglobin, it increases the energy absorption of the 1064-nm wavelength. Consequently, the surrounding small blood vessels coagulate immediately improving the hemostatic effect, as well as tightening the tissue in the treated area.

In the Smartlipo MPX the1064 nm wavelength enhances hemostatic effect for less surgical trauma and faster recovery and the 1320 nm wavelength robustly absorbed by water resulting in high efficiency lipolysis and enhances tissue tightening through coagulation.

Smartlipo MPX is equipped with a feature known as SmartSense. An intelligent delivery system that allows a precise distribution of energy that allows for safe, consistent patient outcomes. 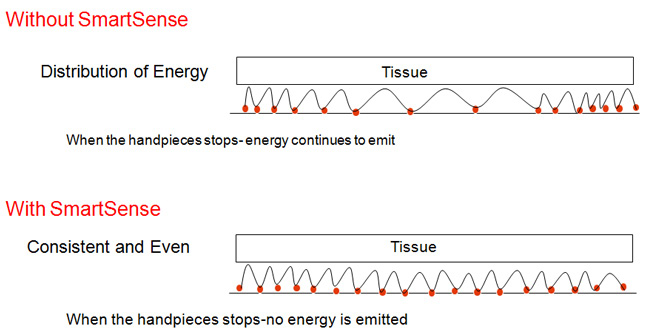 Smartlipo MPX is also equipped with a feature known as ThermaGuide which constantly measures the temperature under the skin and controls the output of energy, ensuring that the treatment area stays within a safe range so that it is hot enough to work efficiently, but not so hot as to cause the patient harm.

SmartSense and ThermaGuide harnesses the full benefits of motion and thermal sensing technology for precise and controlled body contouring. 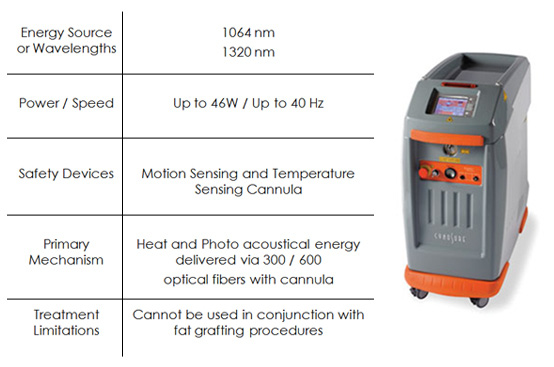