A new member to the laser lipolysis field, the SmartLipo Triplex, offers greater fat reduction and skin tightening and it is an improvement upon the SmartLipo MPX series.

The Smartlipo TriPlex laser is the latest generation of laser lipolysis workstations. This new platform offers a solid state Nd:YAG laser capable of emitting laser radiation in three wavelengths: 1064nm, 1320nm and 1440nm. These versatile wavelengths can be used independently or can be uniquely blended using MultiPlex™ technology.

The new and improved Smartlipo TriPlex design gives  greater absorption in fatty tissue, the addition of the 1440 nm wavelength to Smartlipo significantly exceeds the performance of all diode lasers (924 nm and 980 nm). 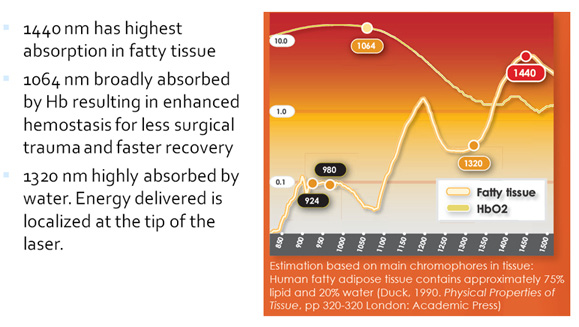 Smartlipo Triplex is also equipped with a feature known as ThermaGuide which constantly measures the temperature under the skin and controls the output of energy, ensuring that the treatment area stays within a safe range so that it is hot enough to work efficiently, but not so hot as to cause the patient harm.

Finally, we had a breakthrough; Smartlipo works by making a tiny incisions, under local anaesthetic, and then emulsifying the fat by rupturing the membrane of the fat cell using the light, not the heat, of the laser. The contents of the fat cell leak out and the cell itself no longer has a function so is removed by the body.

The first machine had six watt energy and was fantastic in small areas such as under the chin, and for small amounts of tummy or thigh fat but I had many patients wanting much larger areas dealt with. The machine wasn’t producing the results wanted and the length of the procedures meant discomfort for the patients. 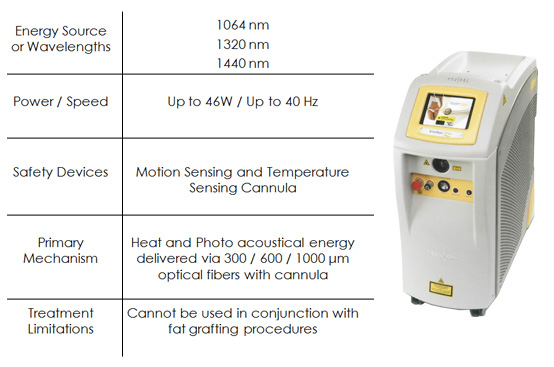